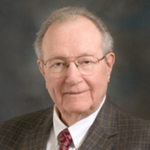 Chapter 20: A “Flexner Report for Cancer” and Commitment to Education

In this chapter, Dr. Freireich talks about developing and writing a “Flexner Report” for cancer and touring medical centers nationwide.

Being a scholarly person, I had read about the Flexner Report. At the turn of the century, Abraham Flexner was chairman of a committee of the National Science Foundation. They looked at medical education in the United States, and the idea was that science has to come to medicine somehow. All the medical schools were proprietary schools. Flexner did 30 medical schools in a year and wrote a report saying you had to have basic sciences and you got a doctorate degree. It changed medical education. I said, "I need to do a Flexner Report for cancer." He said, "Good idea." So we sat down, and I prepared a list of all the major training programs in the major cancer centers, and I did what Flexner did. I went 3 days to each of the major cancer centers, and I wrote a report, which was published. I worked with Brian Kimes, who was the head of the training division, and we organized a workshop with training directors from all the major cancer centers. This led to the "K Program," which is now all over the country, the K30 program for physician-scientist training. We also have the K12 program for patient-oriented research training. We have both K30, which I run, and a K12, which Dr. Robert Bast runs. That was a very productive year. In one year we turned the direction of NCI funding around. Tragically, Dr. Broder didn't last very long. He got replaced by Richard Klausner, but I liked Sam Broder. He and I were very, very good friends.

You weren't doing clinical care during that year you were there?

No, not at all. All my students are smarter and better and more accomplished than I am—all of them. I had Ken McCredie, Michael Keating, Eli Estey, and Kantarjian. These guys are so good. I just have trouble keeping up with them. These are real geniuses. They're all motivated. They want to cure cancer. They were doing fine. They didn't need me. They don't need me now. They're nice to me, but they don't really need me. It's like when you fix a car, it will go by itself. They're all self-going. But what did happen is that I tried to maintain the OIA grant. Dr. Stass administered it ad interim, and we had to do a lot of paperwork with the NCI. They made a lot of exceptions, because it wasn't really legal. They were funding me, and I was there. But we kept it going. It went for another year or 2 after that, but on the recompetition, it went down. So that ended in '92.

When Dr. Trujillo died they did a search for the chief of Laboratory Medicine, and it was so obvious that it should have been Stass, who was a fantastically accomplished person. But Stass had the same problem that I had. He was just too good. The people in Pathology were very resentful that Lab Medicine had all this money and space and publications. They came up with this Armand Glassman recruitment, and he's a catastrophe. He's still here. Stass left and went to the University of Maryland in Baltimore, and there he's become director of their cancer center. He's chairman of the Department of Pathology. He's a fantastic guy. I've told Dr. Mendelsohn [oral history interview] that we ought to recruit him to come back, and he's actually interested.

But that was a terrible, terrible thing that happened. So that was the end of my grant, and that program is also Balkanized. Chang is in Ralph Arlinghaus's [oral history interview] department, and Albitar, too. But we're still going. So that's most of what I had to tell you. We don't know how Conrad got shot. Do you know the date?

Something of that kind.

It's quite a mystery.