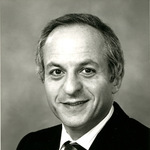 Chapter 07: Testing Interferon against Many Cancers

In this chapter, Dr. Gutterman picks up the story of his interferon work during the early Eighties. He explains that, after repeating his first experiments with the newly-manufactured recombinant interferon, he was eager to try the drug on other cancers, such as renal cell carcinoma and chronic myeloid leukemia. This was a bold move in some eyes, but the unique intellectual environment in the Department of Developmental Therapeutics in the Seventies supported this kind of creative experimentation. He speaks briefly about finding funding for this work, then focuses on his work with chronic myeloid leukemia (for which there was no treatment at the time).

Okay. So when we—so the stuff was cloned, and we started the recombinant. We had to repeat everything with the recombinant that had been done with the natural, and it turned out that virtually everything was the same. The pharmacology—that is, how it behaved in the bloodstream—was the same. The side effects were the same. Although we went to the extremely high doses, in the end the active doses were pretty much the same. So it was a very astonishing thing. And in retrospect, the 1% natural interferon that we were getting from the Finnish Red Cross with buffy coat—the white cells—of normal donors, which probably couldn’t be done today because of HIV and so forth—but everything was the same. So the active ingredient was—and the activity was all due to the interferon. The other stuff in there apparently didn’t have any—much activity or toxicity, as a matter of fact. And again, we thought that the fever we were seeing was due to the contaminants, so to speak. [redacted] So we went through this rather tedious repetition. It was very exciting, but it was also repetitious, and I was eager to move on with other diseases. I mean, I—one thing that characterizes me is I get bored easily. Once I have done something, move on. A scientist friend of mine who is a Nobel Laureate—I will leave his name blank for a moment—once talked about another great scientist. This dealt with the Lasker awards. This particular guy is like a golfer—say, Tiger Woods or somebody—who would hit the golf ball 320 yards down the fairway. He moves the ball way down. Now, if it is off to the left by ten yards, or right, it doesn’t make that much difference. Then this particular guy said, “Most of us as scientists stand on the green waiting for the ball to get up there.” Now, precision becomes important. We have to put it in the little hole. This guy is a guy who can drive that ball and open up something—get that ball so far down that the rest of it is just precision. This particular guy won a Nobel Prize, so he clearly was one of these guys that opened up a field. But I liked the first. I don’t—the precision is important, but putting little dots together and finally and so forth, that is—to me, it’s not—because I think it takes a certain person, not special necessarily but a certain person to do opening up fields and new ideas and new diseases. But you need the other too. You need both. You know, in a golf game you need to have a putter and a driver and so forth. Okay. So I was eager to try other diseases, but we couldn’t do this with the company because it was—we had to repeat everything again. That got to be rather tedious for me because it was obvious for me from the very beginning, having started all this stuff with the interferon for cancer, that it was going to be the same. We weren’t going to find anything different. [redacted] So the first disease we tried was an uncommon but fatal disease—and at that time, no treatment once it metastasized—kidney cancer—renal cell carcinoma. Not a rare disease, mostly men, and we were really delighted to see in the early ‘80s—we started this in ’81, about the time we started the recombinant—that about 15% , 18%—very small numbers not acceptable to me—however, fifteen did get responses, rarely a complete remission. And we probably did prolong the lives of those patients, although kidney cancer has an unpredictable history, and we reported that. I think it was ‘82. Mary Lasker was very excited about that. This one I would not have publicized. It was done with the natural interferon, and it came after the wave of publicity in ‘78 with the ACS report and so forth.

Can I interrupt you just for a second?

Why did you do that study with natural interferon and not with the recombinant?

Well, because we were still doing what is called Phase One in pharmacology. We were never—we weren’t even close to doing a Phase—so-called Phase Two study. I knew this was going to take time—big time—and I wanted to move on. So we published that, and it was really the first systemic treatment. And still today there aren’t really good treatments for kidney cancer. A couple of other drugs have now been approved as well as interferon. Some people do combinations, but that is still an unmet need. That is still a tremendous need. And we don’t really understand the very modest activity of interferon, although other compounds aren’t too much more active. So that was interesting. But then because of the activity in lymphomas and myeloma—both of which are B-cell diseases—antibody-producing cells—we began to turn our attention towards this rare disease I talked about yesterday called hairy cell leukemia and concurrently with another disease called chronic myeloid leukemia. That, today, is beautifully controlled by Gleevec. But we had some really, I think, astonishing findings we made in the mid-eighties, which I will now describe. Now, the stimulus for the two blood tumors—hairy cell leukemia and chronic myeloid leukemia—in part came from a conference, our departmental conference led by Dr. [Emil] Freireich, the old DT conference. It was 1982, and we had weekly conferences on all sorts of things. They were blood baths, in a way. I mean, they were pretty chaotic, and a lot of thought was going in, and people said their peace and so forth. It was not easy to present. My colleague Dr. [Jorge] Quesada presented the kidney cancer results. Now, kidney cancer is a slowly growing cancer, generally, and what is called a more differentiated, let’s say, from the acute leukemia or fast-growing tumors. And when we finished that conference, Freireich was really quite excited, and he bellows out in the hallway to me. He says, “Gutterman, come here. It’s clear, this working on well-differentiated.” That’s slowly growing tumors. It works on myeloma and so forth. “Why aren’t you doing hairy cell leukemia and chronic myeloid leukemia?” He called it CML. We had been talking about—my group had been talking about this, but I didn’t have that—I didn’t—I probably lacked a little confidence that it would work. Both were risky. Both were risky because hairy cell leukemia, they didn’t have much blood elements. Our stuff, as I said yesterday, lowers blood counts. So I was concerned that we would make—if you are going to make someone who is going to die worse, then I didn’t want to do that, of course. And chronic myeloid leukemia, my colleagues all thought we would actually induce what was the fatal step there is—blast crisis. We would take the benign, early phase and stop—even stop that and convert it. In other words, my colleague Dr. Quesada, who worked with me on hairy cell, was all for it. I mean, he was a great supporter, and he was instrumental in this. Now, the person doing the CML, Dr. [Moshe] Talpaz, was much more cautious. It took me months to convince him this would be safe to do. And we actually had—I treated a patient with a colleague of mine, Dr. [Kenneth] McCredie, who is long passed away—a colleague of Dr. Freireich’s. He treated one patient with CML, chronic myeloid leukemia—I called it CML—and it looked like there was a response. Finally, I convinced Talpaz this was safe to do. I think Dr. Talpaz would maybe have a different story, but that is the story. The story was he was very reluctant. I will tell you about that in a second. So in late ’81, ’82, something like that, we began to look at both hairy cell leukemia and CML with the [Dr. Kari] Cantell—the Finnish Red Cross interferon. There was no way Roche or even Schering, if I had been working with Schering, would have taken their precious molecule—first of all, we weren’t ready. We had to do all the pharmacology and do all this that and the other. And I was extremely impatient to get going. That was a good decision. That was really, really a good decision. I do credit Freireich, and I have told him this many times that, “You bellowing this out to me in the hallway was the final push to do it.” And that was the attitude of DT—of the environment we lived in. I had raised this money with the Interferon Foundation, so we had surplus drug. Now we knew we didn’t need any more of the Finnish Red Cross interferon because the recombinant was coming along. So I could afford to be generous now and start looking at other diseases. And that—I don’t know where else you could have done that. And I probably need to talk more about the Interferon Foundation. I don’t know from the other tape—