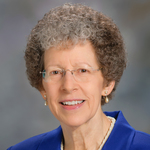 So you were telling this story in conjunction with the story about you becoming chair.

I just wasn’t—I need to get that dot connected. I’m not sure how that happened.

What happened was that Dr. Batsakis retired, and I’m not sure if Dr. Glassman retired around the same time. Anyway, that seemed to be the time to make this connection. They just let us float in Pathology. It may be that the other division head didn’t retire at the same time. I can’t remember. We had an interim chair or division head—I can’t remember when it was done—for a while—and for at least a year nothing was done. We just kind of floated out there, and we lost some pathologists. A few had retired. Some people left because they just didn’t—it was not comfortable being in a—sort of a temporary situation. At the same time, they were building the new hospital, so we were having to make decisions like how it was going to be laid out, how the labs were going to be—and we really had nobody—didn’t have a permanent person in charge. That was—I guess it turned out okay, but it probably could’ve been better. Then I guess in 1997 or so, they started recruiting for a division head for Pathology and Lab Medicine. I by that time had taken—had done these leadership courses, really thought about it a lot, and I did compete for that position of division head because I’m boarded in anatomic as well as clinical pathology, so it was okay for me to do that. Even though I hadn’t practiced clinical lab since I was a resident, I at least knew about them—knew what they did—which most of the pathologists here I think were not double boarded. They were mostly anatomic pathologists. I really think I made a pretty strong run at that job. They interviewed a few other people, but there were some fairly high-level people at MD Anderson who I don’t think wanted an internal candidate and that is the point. I also don’t think they wanted a woman. There were no women division heads, and I think they just couldn’t quite envision that. It was several more years before Dr. [Eugenie] Kleinerman became a division head, and she also had a very tough time getting her job.

So I think it just—it wasn’t—it just wasn’t the time. I think I could’ve done the job, and I think I was a strong candidate. It just didn’t happen.