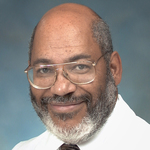 Being the only African American Faculty Member

Hmm. I’d have to go back and look. I would say that it was either late eighties, early nineties, and the reason I say that, it was around the same time we started the National Black Leadership Initiative, and that was started in ’88. The biannual was in ’87, the first biannual. The NBLC started in ’88, was funded in ’89 by NCI, so it was somewhere around in that period of time. And it really came about, to a large extent, because I ended up being at one time the only African American faculty here at the institution, and there weren’t but maybe two to three Hispanic or Latino faculty. There was a whole group of Asians that mostly were instructors kind of brought in. So there was clearly a lack of any real representation, and the Asian faculty were being treated very poorly, and most of them, they got stuck in research associate positions. And that’s one reason that that position got eliminated, because you could be in that position for a lifetime—

—and never move anywhere else. And there was no salary restrictions on that. I mean, they could pay you anything. Some would get paid less than postdocs. Some were living five, six to a house.