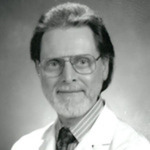 Dr. Becker shifts to administrative topics, first noting the advantages MD Anderson gains from having its faculty on salary. He describes the difficult period in the 1980s, when physicians did not want to refer patients to MD Anderson and when HMOs were restructuring medical payment -to MD Anderson's disadvantage, since its care was expensive. He explains how Dr. LeMaistre organized the Board of Visitors and others to demonstrate to the Texas Legislature that MD Anderson might go bankrupt, with the result that the Legislature created the possibility for patients to self-refer. He notes that the Board of Visitors set up special funding at that time to supplement what patients would receive from their own medical plans in order that they might receive the sophisticated treatment offered at MD Anderson. Returning to the issue of cutbacks, Dr. Becker notes that they were done by formula.

[ ] Actually, Dr. LeMaistre came up against a [thirty]-year barrier for administrators, but at that time MD Anderson had become enormously successful in building clinical and research facilities and bringing in faculty at every level. I [would] like to point out the characteristics of the place. Yes, we are research oriented, but we are not satisfied unless we’re the best clinical place in the world. One feature of the MD Anderson that I have loved, supported, and fought for is that our doctors, [ ]are all salaried, which means that the number of patients they see is not significant in how we view them. Yes, we have to bring in the funds since we support our own institution, but it is not a “rush the patient through” type of environment. It’s not how many patients you see. [ ] Part of your evaluation is always what you’ve developed or created. So, unlike the pressures of private practice, which means, “move them along,” this place has always had the leisure, if you will. It’s not easy because we’re pressed for money altogether. Towards the end of his tenure here, we as an institution suddenly faced a disaster, and that disaster was called the HMOs and medical plans. We had always had some difficulties with private physicians who were reluctant to refer people here. In my early days I would hear about how patients were told we would “experiment” on them. But indeed, there was a lot of jealousy because we were seen to be “state supported.” Well, that was not true. We got a minimal amount of money from the state, mainly to support care of indigent Texans. Between that lack of self-referral and the HMOs saying, “No, we’re not going to let you go to Anderson. It’s too expensive,” suddenly Anderson faced an enormous financial problem to the point where a large percentage of our administrative time had to be devoted to cutbacks in people, things, and so on. And so for the first time, we had to cut back support for research, which was derived from our earnings, because the earnings were needed to support the fundamental life structure of the place. Dr. LeMaistre, as you may remember I told you, was a superb administrator, very well known, and therefore, the chancellor extended his tenure. And with all of us contributing and with him leading, he organized the Board of Visitors and many other people and was able to demonstrate to the legislature, believe it or not, that we might go bankrupt if things weren’t changed. And among the things that were changed—because I’m not an expert in all of it—I think possibly the most important was that the need to be referred here by a private physician was overturned by the legislature. That meant the patient could call us up and say, “I’ve been told I have colon cancer. Can I come in?” and they could come in. So the overt opposition was overcome—well, not the opposition but the mechanism. And then a lot of the Board of Visitors did things that were tremendously helpful. Some of them were the heads of huge industries. For example, they set up special funding to supplement what people would get from their medical plan so that they could come to MD Anderson. And it wasn’t that we were that much more expensive for a given procedure. It’s just that we offered much more sophisticated treatments, diagnostics, and so on. And yes, we did have to cut certain positions and freeze certain positions for a few years. But after that, we were out from under and had accomplished some things like the self-referral that were vital.

This seems like a really dreadful dilemma because, basically, the integrity of the institution is being threatened if it’s cutting back on these sophisticated—what made MD Anderson are the sophistication and the cutting-edge offerings.

Yes. We were joking about literally closing. We could have been forced to do that. We had to cut many, many jobs, and not all of our chairmen were very understanding about it. Chairmen become very technical. “How many have you cut in my department versus that department?” “Well, my department is better than that department.” And they didn’t realize that we actually had to do it by formula, not by personal animosity. I had no animosity towards people in research. Each administrator was held responsible to reduce their budget just like you hear. And that threat never goes away for a place like this because there is a constant pressure, as you well know, on medicine to reduce cost—the government, the third-party payers, employers, and so on. If that occurs, then we who raise most of our own funding—outside of donations and a state amount to support indigent care—by our earnings are turned back because we have no bonus system. You get your salary—those monies are turned back into general funds to support research and building. So the only way out is to continually increase the number of patients you see, which is self-limiting, one, by facilities, and two, by the fact that we want our clinicians to be able to have time to do intellectual pursuits, as I described. So I once described this to Dr. Mendelsohn, whose tenure I’ll talk about, as an escalator with no landing. If you have to keep seeing more patients to keep going at the level you’re going, where do you get off? And that’s one of the gigantic puzzles here unsolved, I believe.