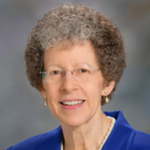 Chapter 06: A Sketch of Pathology Research

Here Dr. Bruner briefly sketches her focus on molecular genetic research when she arrived at MD Anderson (and later the harvesting of tissue to determine how classes of invading lymphocytes might be influenced). She collaborated with researchers from other disciplines and performed studies that would have an influence on patient treatment, not merely the determination of diagnoses.

Would you like to tell me what kind of research you were doing when you came?

I was very interactive with the other people in neuro-oncology and neurosurgery, and we were doing molecular-genetic research of that era, which is sort of different than it is today. Much more primitive, if you will. We were looking at different gene profiles and trying to see if we could either influence them—change the genetic profile or discover the genetic profile—to see if we could help influence the survival or predict the survival better for patients. I was working with a couple of people—the neuro-oncologists at that time—[Wai-Kwan Alfred] Al Yung [Oral History Interview] was here in neuro-oncology, and there was a young Greek oncologist named Athanassios Kyritsis—his last name is K-Y-R-I-T-S-I-S. He was doing a lot of work with us, and there was a fellow from Japan who was just doing research named—his last name was [Hideyuki] Saya, S-A-Y-A. He’s since gone on to at least chair a department at a university in Japan, and I think he is even the head of a cancer center there now, so he’s really done well. Dr. Kyritsis returned to Greece after several years and I’ve lost touch with him so I don’t know—but I think he’s still there in practice. I was working with Dr. Elizabeth Grimm here. We were doing some discovery on—she was doing immunology of brain tumors at the time, and we were doing stuff with that trying to harvest tissue and figure out what classes of lymphocytes were invading the tissue and see if they could be stimulated to fight the tumor cells.

So you were actually doing research that would have had an influence on perhaps treatment, not just on how do you differentiate cells so that it would serve you within the laboratory in the pathology context.

Right. And both. Because that was—my interest was predominantly the tissue-based research but the type of research we were doing—the collaborations were good because I think everybody at MD Anderson is working on how do we cure cancer? So that’s what we want to do.