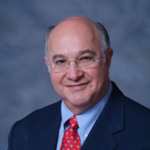 In this chapter, Dr. Benjamin describes studies he did to show that anthracyclines could be successfully used to treat cancer patients with compromised liver function.

Yeah, okay. So I had on your list on the metabolism of anthracyclines, I also had a note here the study of how they influence liver function as well as cardiac function. Is that another dimension of what you did?

So it’s not how the anthracyclines influenced liver function; it’s how abnormalities of liver function influence the toxicity of the anthracyclines. And that’s based on the very original studies that I did when I was still in Baltimore, where we were able to demonstrate that patients with marked abnormalities of liver function had markedly elevated levels of anthracyclines, given the same dose, and that’s because hepatic excretion is the primary mode of elimination. There’s very little urinary excretion. So if the liver can’t get rid of the drug that you give, it all hangs around, the levels go up, the toxicity goes up, the effects go up, but the patient may well not survive the treatment.So the simple answer is you shouldn’t put people with abnormal liver function on anthracyclines or on chemotherapy in general because, you know, we don’t know how they’re going to do. But the alternative strategy is so you’re just going to let them die? And in fact, we were able to show that if you give a quarter dose of Adriamycin to somebody with markedly abnormal liver function, you get the same levels that you get when you give a whole dose to a normal person. And that’s one of the things that clinical pharmacology can do and can be very effective in doing. And so figure out strategies not to simply eliminate patients from treatment, but to figure out how to treat them effectively. So, again, it’s very easy to treat effectively if you just watch out for the bilirubin level, basically.