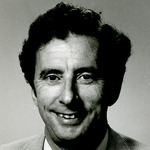 Chapter 03: Work at NCI/NIH, the Role of Statistics in Medical Research, and its Application in Sequential and Combination Cancer Treatment Evaluation

Chapter 04: Strengthening Medical Oncology at MD Anderson with the Aid of NCI Researchers in the Department of Biostatistics

Chapter 05: The Leadership Styles of Dr. Frei and Dr. Freireich and Working with the Southwest Oncology Group (SWOG)

Chapter 08: Working as Adjunct Faculty at Rice University and The University of Texas School of Public Health and Consulting Work with the Southwest Oncology Group

Chapter 09: Luminaries in the Department of Pediatrics and Evolution in the Field of Cancer Research

Chapter 11: The Differing Leadership Styles of Drs. Clark and LeMaistre

Chapter 12: The Contributions of Colleagues to MD Anderson's Legacy

Chapter 13: Transitions at the Department of Developmental Therapeutics

Edmund A. Gehan, Ph.D., was born in Brooklyn, New York in 1929. He attended Manhattan College where he received his Bachelor of Science degree in Mathematics. Gehan was awarded his Doctorate in Applied Statistics from the University of North Carolina in Chapel Hill/ He taught Applied Statistics from 1955 to 1957. He worked for the National Institute of Health (NIH) in 1958 and was the head of the Biometrics Section of the Cancer Chemotherapy National Service Center in 1959. He was a member of the National Cancer Institute (NCI).

Gehan’s work in Biostatistics brought him to Houston as a professor at the University of Texas M. D. Anderson Cancer Center in 1967; the institution was a member of the Southwest Oncology Group at that time. Prior to his appointment at M. D. Anderson, he collaborated with Drs. Emil Frei III and Emil J. Freireich cancer research. Gehan has coauthored numerous articles that influenced the development of cancer research with the use of data analysis in clinical trials. Two of which include the 1965 Biometika journal article “A Generalized Wilcoxon test for Comparing Arbitrarily Singly-Censored Samples” and the 1974 New England Medical Journal article “Non-randomized Controls in Cancer Clinical Trials.

Since 1994, Gehan is a Professor Emeritus of Biostatistics at Georgetown University Medical Center.

Gehan, E. A. (1961, April). The determination of the number of patients required in a preliminary and a follow-up trial of a new chemotherapeutic agent. St. Louis: Journal of Chronic Diseases 13(4). 346-353.

Gehan, E. A., and Schneiderman, M. A. (1990). Historical and methodological developments in clinical trials at the National Cancer Institute. Statistics in Medicine 9. 871-880.