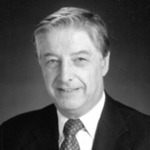 Chapter 03: The Race to Build a Cobalt-60 System and Why it Was Key to MD Anderson’s Reputation

The next generation of biological therapies, they hope, will do the same somehow? Not radiotherapy, but chemotherapy, just sort of deliver these drugs systemically anywhere that you can somehow get them to the tumor itself, that same kind of notion?

Yes. But the interesting thichng is now with radiation therapy if you’ve got a tumor that’s sort of close or wrapping around the spinal cord, there was no way in the past to treat that because if you go through the spinal cord. It’s fairly sensitive. You’re limited by a dose. Otherwise you’re going to cause paralysis. But now you can sort of get the radiation to sort of just wrap around the spinal cord and spare it. It’s quite amazing what they can do.

It’s always emitting and you’ve got to have the right kind of shielding and protection and all kinds of things. Regulatory people don’t like those types of things, so they’ve almost disappeared completely. There are a few around, not in this country, I don’t think.

Why did that cobalt 60 bring such sort of fame to Fletcher?

First of all, they were amongst the first people to first have the idea and then produce a working machine. As you know, the big competition was whether we were first or whether Harold Jones and the people in Canada were first in doing it. In fact, it was simultaneous. I don’t think there was any doubt that Harold Jones had this idea. I knew Harold very well, and he developed Betatrons also. He was a visionary and he saw the use of both of these and he saw cobalt 60 and designed units. The Canadians were producing more cobalt 60s than we were, so he had that advantage. That’s where we got slowed up, but Grimmett and Fletcher both, I think, saw that cobalt 60 was an ideal isotope to put into a treatment machine, and there wasn’t anything else at that time.

This is really before Betatrons. The idea was there but they hadn’t really been developed. Linear accelerators were just slow at getting along. And Grimmett, if you read his paper that he published here, his idea was he saw this as a low-cost device that could be put anywhere and be available to anybody throughout the world. This was something that there wasn’t a lot of technology involved once it was built, but it was simple to run, simple to operate, inexpensive in many ways, and so he saw this as sort of opening up radiation oncology to a lot of people.

Oh, yes, it did. I mean it really did. So the race was on to build one, and Grimmett’s design was a very, very good design. It’s just that we couldn’t get the cobalt 60 for it soon enough because of politics between Canada and the United States and other things and it wasn’t there. But certainly, Grimmett published the first design for the cobalt unit before anybody else and just didn’t get it loaded with cobalt soon enough. But it was built here, went into operation here, and was in use here, and proved the concept. It was then mainly the Canadians, Atomic Energy of Canada, Limited.

As you know, we had an arrangement with G.E. [General Electric] to build the first unit here, and

G.E. then went into an arrangement with the Canadians to sort of build units. That didn’t last very long and G.E. got out of business and then the Canadians really took over. A company called Atomic Energy of Canada, Limited, which was a tran company, eventually, was the one that ended up building them.